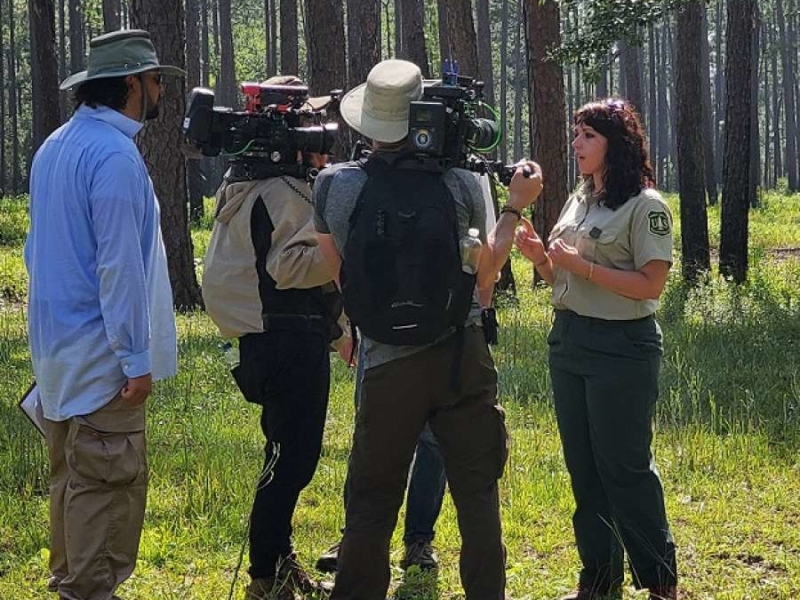 
Hurricane Michael wreaked havoc within the Apalachicola National Forest in 2018 felling trees and tearing up archaeological sites. One such site is the Negro Fort at Prospect Bluff. This site is listed as a National Historical Landmark and is incredibly important for both African-American history and the U.S. Forest Service (USFS).

In the early 1800s this fort was established by the British along the Apalachicola River and served as a beacon of hope for the enslaved residing in Georgia and South Carolina. The fort was inhabited by enslaved runaways, free black persons, and black Seminole who, following the War of 1812 and the signing of the Treaty of Ghent, were considered emanicipated once they set foot on British-controlled lands.

Americans hated this symbol of freedom which threatened their labor force. On July 27, 1816, American Ships rained cannon fire down on the fort which at this point housed over 300 people, but the fort was massive and well built and very difficult to siege. In a last ditch effort, the Americans created "hot shots" cannonballs which are superheated in the galley of the ships and loaded into cannons. Their likely intent was to reach the back side of the fort to burn the houses there to the ground.

By sheer luck for the Americans, a hotshot pierced the roof of the fort's ammunition storage, which contained massive amounts of gunpowder and powder kegs, causing an immense explosion that killed nearly everyone within the fort. This included women and children. The massacre was near unbearable to look at when the Americans entered the fort, with some describing the scene as unimaginable horror.

This history is being further investigated using new archaeological technologies to tell the real story of the people who lived within the fort. The USFS and the National Park Service are working together to restore the site after Hurrican Michael's destruction. NPS is also using ground penetrating radar to locate where the unmarked graves of all those who died that night. Discovery Science Channel is also involved, filming a documentary of the site on location to remind everyone of what happened that night.

We as a nation still have a long road ahead of us in telling the actual history of America, rather than the one that espouts our victories, but efforts are actively being made, like at Prospect Bluff, to ensure those peoples sacrifices are not forgotten.